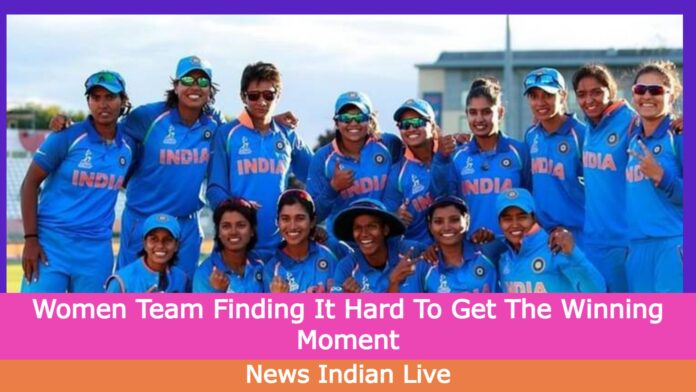 WORCESTER: India’s women’s one-day cricket vice-captain Harmanpreet Kaur , who has been battling for long runs, will be desperate to find some momentum as she takes on the team in the third and final ODI of the series against England here on Saturday. It will be a challenge to avoid a crushing 3-0 defeat.

The Mithali Raj-led side is finding it difficult to regain momentum after losing six out of the last seven ODIs. She had lost to the South African women’s team on home soil and is now in danger of being wiped out in that series.

In the second ODI of the series, where the bowlers performed better, raising the level of their game, the team again suffered defeat due to poor batting. With the fall of wickets at frequent intervals, the burden is increasing on the captain Mithali, which is also affecting her game.

The biggest concern for the team is the shoddy batting of vice-captain Harmanpreet Kaur, whose performance has not been consistent for the last four years. She has been able to score half-centuries in just two matches after her superb innings of 171 runs in the 2017 World Cup against Australia. During this, he got the opportunity to bat 22 times in 28 matches.

With Poonam Raut, Deepti Sharma and Tania Bhatia not having the ability to play big shots apart from Mithali and Jemima Rodrigues, openers Smriti Mandhana and 17-year-old Shefali Verma are under a lot of pressure.

Mithali scored half-centuries in both the matches for India but during this time her strike rate was around 60. Empty balls have also been a big problem for Indian batsmen. In the first match, the team could not score a single run in 50 overs against Katherine Brunt, Anya Shrubsole, Nate Sciver, Kate Cross and Sophie Ecclestone.

The same was the case in the second ODI as well. After Shefali’s 55-ball 44 in the opening over, some big shots from Jhulan Goswami’s bat in the last overs helped the team cross the 220-run mark.

How To Get Sugar In Minecraft, Everything You Need To Know Here!